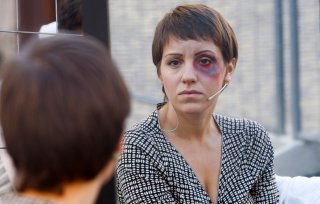 Crimes in the home are hard to detect unless victims or family members report them. Both domestic violence and child maltreatment are widely under-reported. This means they tend not to be investigated by the authorities, and many victims don’t get the support they need.

The costs of such violence are considerable. Our research shows that victims of domestic violence are nearly three times more likely to suffer from mental ill health during their lifetime, and have above-average rates of diabetes, heart disease and death. Victims are also twice as likely to develop chronic conditions, including fatigue. Similarly, victims of child maltreatment have a more than twofold risk of mental ill health in later life, compared to those who have not been maltreated as a child.

These findings suggest that these hidden crimes put a large burden on the public health system. And there are signs that the lockdown imposed in most parts of the world may be exacerbating them, with potentially devastating consequences.

Although no published studies have tracked the national trends in domestic violence related to COVID-19, several indicators point to a marked increase during this period. The UK’s largest domestic abuse charity, Refuge, reported a 700% increase in calls to its helpline in a single day in April, while a separate helpline for perpetrators of domestic abuse seeking help to change their behaviour received 25% more calls after the start of the COVID-19 lockdown.

The number of women killed by men was 14 in the period between March 23 and April 12, which is nearly three times the historical average of five in other years in the same period. Initial reports also suggest a 30% increase in domestic abuse in the UK, though there appear to be wide variations across police forces. The victim’s commissioner warned there was a danger of an “epidemic” of the crime.

There is also emerging evidence from services such as Childline and the National Society for the Prevention of Cruelty against Children (NSPCC) that child abuse has risen since lockdown. They report an increase in online contacts through live chat channels and websites and telephone calls and texts. The increased rise in reports may also only be the tip of the iceberg, given the difficulties of reporting these crimes at a time when the perpetrator is consistently at home.

There is clearly an urgent need to improve health surveillance – the systematic collection, analysis and interpretation of health data. In the context of violence in the home it means measuring the trends of domestic violence and child maltreatment across different sectors of the population in a systematic way using data that is routine collected. This might include:

Of course, many have legitimate concerns around any kind of surveillance, but it should be kept in mind that it is carried out routinely for containing diseases such as influenza, and has provided early warnings that have saved lives.

Additionally, not all such surveillance uses personal data. Given the constraints in victims being able to report domestic violence or child maltreatment during the pandemic, the likes of Twitter feeds combined with tools for analysing human language may give us new insights into the scale of the problem. Tweets may indicate anxieties during the pandemic that might alert police to the scale and nature of abuse that is occurring.

And while linking data from different authorities may raise privacy concerns, secure access to anonymised hospital and police datasets has been found to be an effective tool in violence reduction without compromising individual privacy.

These complement the active steps by national charities such as (but not limited to) Women’s Aid, Safelives and the NSPCC, who have all produced guidance for how survivors can both report domestic violence and keep themselves safe. Charities also help people to report crimes to the police and to access support through hidden mobile apps and telephone lines.

We must ensure that the indirect costs of the pandemic in increasing crimes within the family are proactively monitored, providing appropriate support to victims.