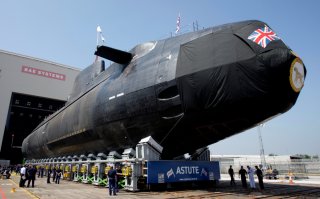 Here's What You Need to Remember: While nowhere near as powerful as the U.S. strategic deterrent, nuclear weapons are more than enough to prevent any opponent from launching a surprise attack. The Royal Navy’s ballistic missile submarines carry on the service’s centuries-old mission of protecting the country from the sea.

At any one time, at least sixty-four of the UK’s nuclear weapons are somewhere at sea, ready to launch within minutes of warning. While nowhere near as powerful as the U.S. strategic deterrent, nuclear weapons are more than enough to prevent any opponent from launching a surprise attack. The Royal Navy’s ballistic missile submarines carry on the service’s centuries-old mission of protecting the country from the sea.