Is Donald Trump Creating a Constitutional Crisis Over the 2020 Election? 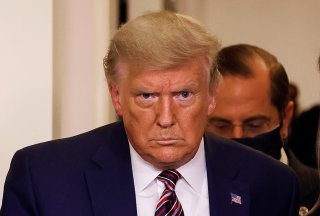 The state of Michigan, and the United States as a whole, may face a political crisis brought on by President Donald Trump’s continuing efforts to undo the 2020 election results.

On Nov. 19, the president invited Republican lawmakers from Michigan to the White House, apparently to pressure them to change the election’s outcome in their states. Michiganders voted 50.6% to 47.8% for Democrat Joe Biden over Trump.

Media reports indicate that even before the election Trump’s campaign was already considering asking some of the 29 state legislatures with Republican majorities, in charge of a total of 300 electoral votes, to depart from current practice in choosing their Electoral College delegates. The request would be for those bodies to select Trump electors and order them to cast their ballots for the president, regardless of the candidate the states’ voters actually preferred.

A similar possibility arose in 2000, when the Republican majority in the state’s Legislature claimed to possess “broad authority to allocate Florida’s electoral votes,” and came close to doing so. 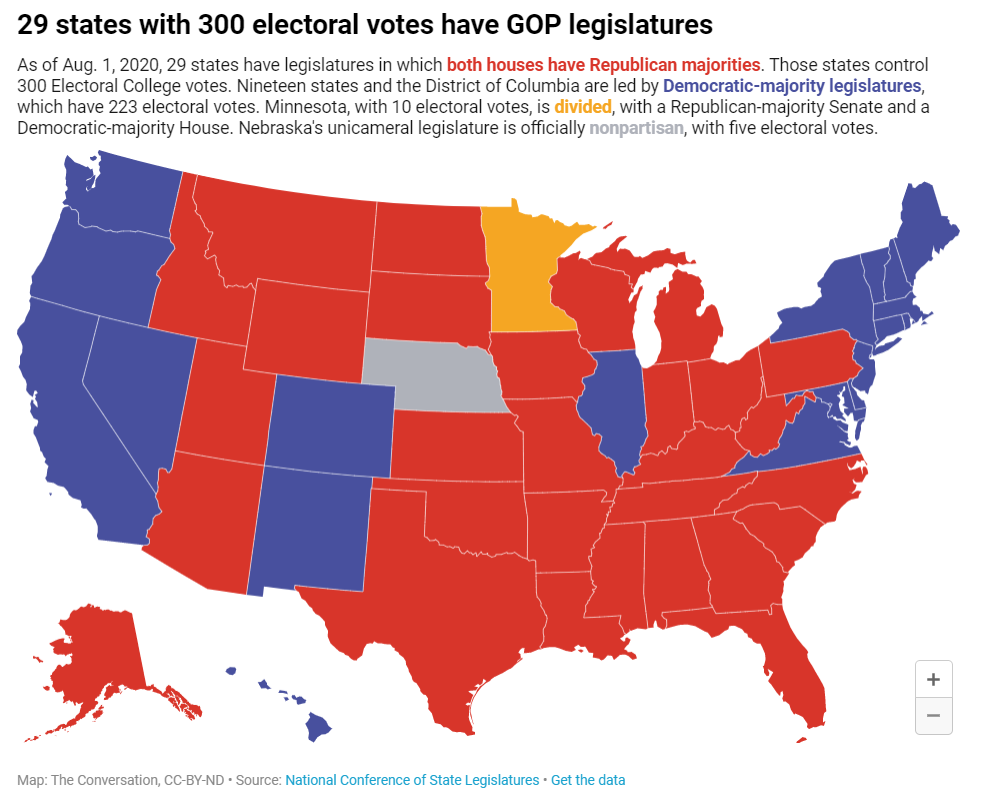 As a student of American democratic politics, I believe that while there are some legal barriers that could limit the ability of legislative bodies to disregard popular vote totals in the allocation of their electoral votes, the most important constraints would be political.

A base in the Constitution

In the 1860 presidential election, Massachusetts voters were told the names of the electors they were choosing to represent them. thehenryford/Flickr, CC BY-NC-SA

Article II of the U.S. Constitution leaves decisions about how electors will be chosen to state legislatures: “Each State shall appoint, in such Manner as the Legislature thereof may direct, a Number of Electors, equal to the whole Number of Senators and Representatives to which the State may be entitled in the Congress.”

In the country’s early years, some legislatures did not trouble themselves to involve their citizens in choosing the president. When George Washington was first elected in 1788, the legislatures of Connecticut, Delaware, Georgia, New Jersey and South Carolina appointed electors directly without a popular vote. The New York state Legislature did not even choose electors because lawmakers couldn’t resolve the split between its two chambers, which were controlled by different parties.

The first several presidential elections followed a mixed pattern, with some states using popular elections to direct the choice of electors, while others left that choice solely to their legislatures. As political parties jockeyed for advantage, states changed their systems often.

No state legislature has ever appointed a slate of electors supporting a candidate who lost the state’s popular vote. As the Supreme Court noted in the recent “faithless electors” case, by 1832, every state except South Carolina had passed legislation saying that the popular vote would determine the choice of its electors.

In 1876, newly admitted Colorado became the last state whose Legislature chose electors on its own. Today the laws of every state give voters the final say about which party the electors should represent.

State legislatures have given up the power to choose electors, but the Supreme Court has on several occasions recognized their right to take it back.

The first decision was in 1892, when the court declared that “the legislature possesses plenary authority to direct the manner of appointment, and might itself exercise the appointing power by joint ballot or concurrence of the two houses, or according to such mode as it designated.”

More than 100 years later, the court revisited the question in Bush v. Gore. In a little-noticed but highly consequential passage, the majority wrote that a state legislature “may, if it so chooses, select the electors itself,” and it retains authority to “take back the power to appoint electors,” even if it formerly let the popular vote make the decision.

In a July 2020 decision, the Supreme Court again declared that Article II gives state legislatures “the broadest power of determination” over who becomes an elector. However, the majority opinion did suggest that power might be subject to “some other constitutional constraint.”

What are the limits?

The court has declared that states have the right to take back the choice of electors from the people – but has cautioned that they may not do so easily.

When states give the voters control over electoral picks, they confer on them a “fundamental” right, which is protected by other constitutional guarantees, including the due process and equal protection clauses.

But it’s not clear how strong that protection might actually be. State legislatures would almost certainly have to pass a new law or resolution to make any change. In each state, a majority of legislators would have to agree. And, depending on the form of the enactment, it might or might not be subject to a governor’s approval – or a veto override.

Historically, courts have respected legislative decisions to change how a state appoints electors so long as the changes happen before the election happens, not after the ballots are cast.

A matter of timing

Postelection changes of the kind Trump is apparently contemplating would cause confusion around two federal laws that directly contradict each other.

One law requires electors to be appointed on Election Day itself. But all states abide by another law, the Electoral Count Act, passed in 1887, which gives states up to 41 days after Election Day to designate their slate of electors. The conflict between these laws provides fertile ground for litigation.

In the end, however, the most effective forces blocking state legislatures in Michigan or any other state from disregarding the popular vote may be political rather than legal.

It is, after all, up to the people to hold their officials accountable for their actions.

Yet in the country’s current toxic political environment, it’s not clear whether even an obvious effort to ignore the popular vote might nonetheless find support among some of the public, and some of their elected representatives too.

This is an updated version of an article originally published Oct. 1, 2020.

Austin Sarat, Associate Provost and Associate Dean of the Faculty and Cromwell Professor of Jurisprudence and Political Science, Amherst College