Donald Trump Has No Problem Ruling By Executive Order 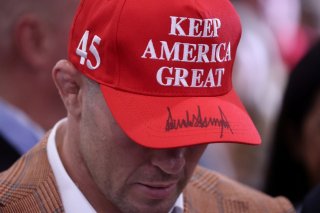 A couple weeks ago, I blogged about “an unfortunate innovation in executive power” during the Obama administration, which I called “leverage policymaking.” In a nutshell, “leverage policymaking” entails regulatory agencies using individual transactions with large corporations—such as enforcement or licensing actions—to achieve broad policy results.

Last week, Cato published a Legal Policy Bulletin about another unfortunate innovation in executive power, but this one was pioneered by the Trump administration. I call it the “ad hoc administrative state”; below, I’ve excerpted the short paper’s executive summary:

A hallmark of the Trump administration has been its creation of significant administrative programs on the fly, based on ambiguous or implied textual authorities, and without any public input. This paper discusses four such initiatives involving almost $40 billion in benefits and dispensations from more than $400 billion in tariffs. The programs discussed in this paper were launched after summary notices amounting to a total of 28 pages in the Federal Register. Rarely, if ever, has so much administrative policy been rendered in so few words. Far from reflecting the mere execution of the law, these programs instead take on the attributes of core congressional prerogatives—namely, the power to spend public funds and regulate international commerce. To date, Congress has acquiesced to these developments. If lawmakers remain passive, future presidents will build on Trump’s template, which reflects an unfortunate innovation in executive power.