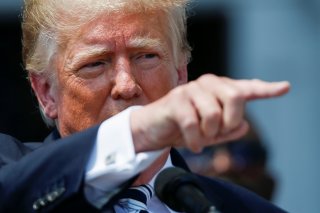 Shortly after the riot at the U.S. Capitol on January 6, several technology companies and social media giants announced that they were suspending the account of then-President Donald Trump. Trump was banned “permanently” from Twitter. Facebook announced in May that its advisory board had determined that Trump will be suspended from Facebook and Instagram for two years. YouTube suspended Trump’s channel but said it would lift the ban once the return of violence subsided.

The moves in January, shortly before the end of Trump’s presidency, deprived the ex-president of a prominent megaphone that had done a great deal to fuel his rise. It also led Trump to use alternative means of getting his message out, such as the short-lived “From the Desk of Donald J. Trump” website, and simple press releases that were sent out by allies of the president.

On Wednesday, Trump announced the next step in his war with the technology giants. He is filing a class-action lawsuit against Facebook and Twitter, as well as their CEOs Mark Zuckerberg and Jack Dorsey. The “class” will presumably include others who have been kicked off those platforms, ostensibly for political reasons, although no other class member had been identified as of Wednesday afternoon.

Google is also part of the lawsuit since Trump was also banned from YouTube, the Associated Press reported, as has its CEO, Sundar Pichai. None of the three companies named in the suit have commented.

“The Founding Fathers inscribed this right in the very first amendment to our Constitution because they knew that free speech is essential to the prevention of, look . . .the prevention of horror,” Trump said.

Internet and First Amendment experts have expressed deep skepticism about the Trump lawsuits.

“They’ve argued everything under the sun, including First the Amendment, and they get nowhere,” Eric Goldman, a law professor at Santa Clara University, told the Associated Press, in reference to other suits by people banned from social media platforms. “Maybe he’s got a trick up his sleeve that will give him a leg up on the dozens of lawsuits before him. I doubt it.”

“So we haven't gotten out of the caption yet, and we've already determined that there is a 99% chance that this case will die on a 12(b) motion to dismiss,” lawyer Mike Dunford said in a social media post on Twitter.

“Facebook is not Congress. Nor is Facebook one of the 50 States. Nor is there, to my knowledge, a statute providing a private cause of action against a private party for 1A violations,” Dunford said.

“I expected the lawsuits to be performative nonsense, but these are . . . well . . . these are more performative and more nonsensical than even I expected,” Mike Masnick said in an op-ed for TechDirt. “These lawsuits are so dumb, and so bad, that there seems to be a decent likelihood Trump himself will be on the hook for the companies' legal bills before this is all over.”

“The underlying claims in all three lawsuits are the same,” Masnick continued in his op-ed. “Count one is that these companies removing Trump and others from their platforms violates the 1st Amendment. I mean, I know we've heard crackpots push this theory (without any success), but this is the former President of the United States arguing that private companies violated HIS 1st Amendment rights by conspiring with the government HE LED AT THE TIME to deplatform him. I cannot stress how absolutely laughably stupid this is. The 1st Amendment, as anyone who has taken a civics class should know, restricts the government from suppressing speech. It does not prevent private companies from doing so.”

If the lawsuit moves forward, then it would likely require Trump to testify under oath about the riot that occurred at the U.S. Capitol on January 6. It’s notable that an unusually large number of lawyers involved in the case on Trump’s side use AOL email addresses.

Meanwhile, Trump’s former aide, Jason Miller, recently launched a conservative Twitter clone called Gettr, which suffered a bumpy launch, due to faulty source code, a massive amount of spam, and Trump’s reported refusal to use the platform himself.

The Verge pointed out this week that all of the alternative social media companies developed by conservatives have run into the same type of problem. For all of the complaints about the way Facebook and Twitter conduct content moderation, no social media network can live without it, without becoming completely unusable.

“Lots of questions about social networks are hard,” The Verge wrote. “This one isn’t. If you create a place for people to upload text and images, you have to moderate it—and moderate it aggressively. You have to draw hard lines; you have to move those lines as society evolves and your adversaries adjust; you have to accept difficult trade-offs between users’ well-being and their right to express themselves.”