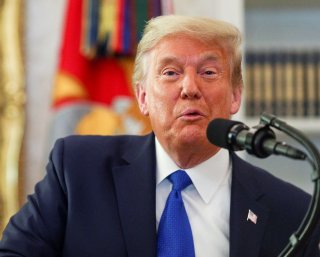 Questions surrounding President Trump’s use of the pardon power began almost as soon as he entered office in 2017 and will continue undoubtedly through his final days in power. To date, Trump has issued 29 pardons during his presidency – compared to 212 pardons issued by Barack Obama – and speculation swirls around whom he might pardon before leaving office: his personal attorney Rudy Giuliani, associates convicted under the Mueller investigation, members of the Trump family and even Trump himself.

But should the pardon power be solely up to the president’s discretion? Or should there be restrictions on who can be granted a pardon?

As a scholar of ethics and political philosophy, I find that much of the public debate around pardons needs to be framed within a more fundamental question: Should there be a presidential pardon power at all in a democracy governed by the rule of law? What, after all, is the purpose of a pardon?

Black’s Law Dictionary, the go-to book for legal terms, defines the pardon power as, “an act of grace…which exempts the individual on whom it is bestowed from the punishment the law inflicts for a crime he has committed.” Although the power to pardon is probably as old as politics, the roots of the presidential pardon in the U.S. can be traced back to English law.

The English Parliament legally placed an absolute pardon power in the hands of the monarch in 1535 during the reign of King Henry VIII. In the centuries that followed, however, Parliament imposed some limitations on this power, such as preventing pardons of outrageous crimes and pardons during an impeachment.

The Founding Fathers followed the English model in establishing the powers of the executive branch in Article II of the U.S. Constitution. Section 2 of that article specifically grants the president the “power to grant reprieves and pardons for offenses against the United States” and acknowledges one limitation to this power “in cases of impeachment.”

But the anti-democratic roots of the pardon power were a point of contention during the drafting and ratification of the Constitution. In a 1788 debate, Virginia delegate George Mason, for example, said that the president “ought not to have the power of pardoning, because he may frequently pardon crimes which were advised by himself. It may happen, at some future day, that he will establish a monarchy, and destroy the republic.”

Mason’s concern clearly identifies this vestige of the absolute powers of the English monarchy as a potential threat to the new democracy. In reply, based on the assumption that the president would exercise this power cautiously, James Madison contended that the restriction on the pardon power in cases of impeachment would be a sufficient safeguard against future presidential abuse.

Pardon, as Supreme Court Justice Marshall noted in the 1833 United States v. Wilson ruling, is defined as “an act of grace.” Just as in the Abrahamic faiths – Islam, Judaism and Christianity – God has the power to give and to take life, kings wield the power to take life through executions and to grant life through the exercise of pardons.

Echoing the command of the Lord’s Prayer “to forgive the trespasses of others,” English philosopher Thomas Hobbes’ book “Leviathan” asserts that the sovereign ought to display grace by pardoning the offenses of those who, repenting those offenses, want pardon.

Yet, this analogy with divine mercy for all individuals collides with the legal principle of treating different cases differently. If all trespasses were forgiven, pardon would be granted to all crimes equally.

There would be no need for distinctions between the wrongly and the rightly convicted or the repentant and unrepentant criminal. All would be forgiven equally. Universal pardon thus violates the legal principle that each individual should receive their due. In the eyes of law, it is impossible to pardon everything and everyone.

The incognito of pardon

What Hobbes recognized, if imperfectly, is that the power of pardon is just as essential to political life as to our personal lives. It helps to overcome the antagonisms of the past and opens a path to peace and reconciliation with others. The act of forgiving, as political theorist Hannah Arendt puts it, allows us “to begin again” and to create a new future together.

But how can we reconcile this need for pardon with the impossibility to forgive everything?

One answer can be found in the work of French philosopher Paul Ricoeur. Ricoeur talks about the “incognito of forgiveness” – “forgiveness” literally translates to “pardon” in French. Acknowledging the difficulty of turning pardon into a universal legal rule or norm, Ricoeur suggests that pardon can exist only as an exception to legal rules and institutions.

Pardon, in Ricoeur’s words, “can find refuge only in gestures incapable of being transformed into institutions. These gestures…designate the ineluctable space of consideration due to every human being, in particular to the guilty.” In other words, it has to fly under the radar of rules and institutions.

This insight is alluded to by Justice Marshall in his Wilson ruling. Marshall states that pardon is “the private, though official act of the executive magistrate, delivered to the individual for whose benefit it is intended, and not communicated officially to the Court.” The pardon remains incognito, or under the radar, in the sense that it is an extra-legal act that does not pass through legal institutions.

In these last days of the Trump administration, this incognito of pardon offers an important reminder of the need for pardon as well as its limitations. The democratic transfer of power always involves an implicit act of pardon that remains incognito. It allows for a fresh start in which society can acknowledge the past transgressions of an outgoing administration, but move on with the hope to begin again.

Though critics of the president may reject individual acts of pardon in the past or the days to come, society should not give up on the power of pardon itself: It brings a renewal of hope to democracy.