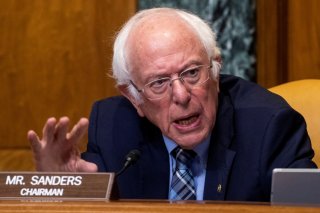 Here's What You Need to Remember: Democrats could face seething opposition from moderate and progressive members of the party, as Senate Democrats would need total unity from their 50-member caucus to pass the multi-trillion-dollar effort. Democrats didn’t say whether they have full support for the measure.

Senate Democrats announced late Tuesday that they have reached a deal on a sweeping $3.5 trillion budget reconciliation package that pours money into “every major program,” according to Senate Majority Leader Chuck Schumer (D-N.Y.), including climate change and health care sought by President Joe Biden.

The ambitious proposal, which greenlights reconciliation, a legislative process that Democrats can use to block a Republican filibuster, would be combined with a nearly $1 trillion bipartisan effort of traditional infrastructure that’s still being drafted, bringing the total new spending close to roughly $4 trillion—a figure that “is very, very close to what President Biden asked us for,” Schumer said.

The deal will also include a Medicare expansion of vision, hearing, and dental benefits, key priorities from progressives, including Senate Budget Committee Chairman Bernie Sanders (I-Vt.), along with spending for addressing climate change and strengthening family-service programs. Biden is expected to meet with Senate Democrats on Wednesday to help shape support around the agreement.

“We are very proud of this plan,” Schumer told reporters. “We know we have a long road to go. We’re going to get this done for the sake of making average Americans’ lives a whole lot better.”

Schumer announced the deal after a two-hour, closed-door meeting with Budget Committee Democrats Tuesday night, where leaders agreed that they want to push a budget resolution that largely reflects the accord through the House and Senate before lawmakers break for the August recess.

Although Sen. Mark Warner (D-Va.) told reporters that the plan will be “fully paid for,” the specifics on spending and revenue parameters remain relatively broad. A Democratic aide familiar with the negotiations noted, however, that the deal wouldn’t raise taxes on individuals earning less than $400,000 or on small businesses.

“What this legislation says among many, many other things ... is the wealthy and large corporations are going to start paying their fair share of taxes so that we can protect the working families in this country,” Sanders told reporters.

But Democrats could face seething opposition from moderate and progressive members of the party, as Senate Democrats would need total unity from their 50-member caucus to pass the multi-trillion-dollar effort. Democrats didn’t say whether they have full support for the measure.

Two key centrist Democrats, Senators Joe Manchin (W.Va.) and Kyrsten Sinema (Ariz.), will likely be the hardest to convince to back the agreement, underscoring an uphill battle ahead for Schumer to uphold his promise on swiftly pushing Biden’s agenda through within the next month.

Manchin, however, told reporters Wednesday that he’s “open” to the spending agreement.

“I’m open to looking at everything they provide. OK? They’re going to have to provide all the information that’s going to be needed,” he said. “They worked hard, they should have a proposal.”

Sanders and other progressives originally pushed for a $6 trillion top-line figure, one that received pushback from moderate Democrats who wanted a lower price tag.

The announcement comes as lawmakers crafting the bipartisan infrastructure effort face boiling pressure to strike a deal by the end of the week.

Lawmakers involved in negotiations said Tuesday that while the group has made progress, they are still hammering out specifics on several key issues. They plan to wrap up talks by Thursday, with a goal that the bill would reach the floor next week.

“There's a goal to have all member-level decisions made by the time we end the session on Thursday,” Sen. Rob Portman (R-Ohio), a lead negotiator in the bipartisan discussions, told reporters.

The infrastructure bill would need support from at least 10 Republican senators, who would join the 50 Democrats to hit the 60-vote threshold.