Don't Listen to Donald Trump: We Need 1 Billion Americans by 2100. 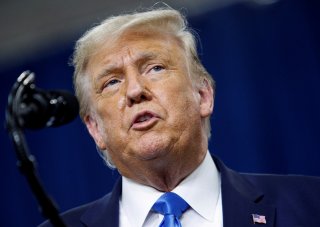 Is one billion Americans by 2100 a worthwhile goal? If so, how do we achieve it? I recently discussed these questions with Matthew Yglesias in a wide-ranging conversation about the geopolitical rise of China, effective environmentalism, expanding immigration policy, and much more.

Matthew Yglesias is the co-founder of Vox.com, where he is a senior correspondent and the host of Vox’s “The Weeds” podcast. He is also the author of the newly released One Billion Americans: The Case for Thinking Bigger.

Below is an abbreviated transcript of our conversation.

Pethokoukis: Why does the rise of China as a geopolitical rival make your argument for expanding the US population more compelling?

Yglesias: Getting to one billion Americans, if done in a smart way, will make this a richer and happier country. I would not say we need to immiserate ourselves to tackle the Chinese. However, international competition has traditionally been a focusing point for the United States. And while China is still a relatively poor country, its large population already makes it a huge force on the international stage.

I don’t think we can or should stop China from becoming wealthier, but we should boost our population growth in order to try to stop them from being the number one power in the world, because the Chinese leadership’s value system is really bad. So we really don’t want them to shape the terms of everything that happens here.

Many eco-pessimists say this is a grotesque idea because we need to have fewer people on this earth, not more people — particularly not more high-consuming, troublemaking Americans.

I think if you are smart about environmental problems, you recognize that resolving climate change requires either a cataclysmic fall in living standards — and that’s not going to happen — or a new technological paradigm. People will not never fly on airplanes again, and people in the developing world will not be content not to have electricity in their houses.

So the biggest way the United States can contribute to solving this problem is by deploying renewable energy and by pouring money into research and development for the kinds of technologies needed to take on the environmental challenges that are not yet solved — including cement, steel, air travel, and agriculture. Taking those problems seriously means investing in solving them rather than telling ourselves, “Well, we’re just going to whittle the population down, or somehow everybody’s going to go live in a shack in a hillside.”

Still, it is a fundamental difference in worldview. Some people are very driven by a pastoralist notion that we can conserve our way to solving the problem. A billion Americans is not about that. It is about a bigger, richer, more dynamic society.

Do you think Americans’ problem with more immigration is an economic argument that can be persuaded with studies? Or is it a deeper cultural thing?

I think concerns are largely cultural, but I also think we should try to address people’s cultural concerns in a real way. I think a big thing on the left is to look at those who have concerns, and then if people can plausibly say, “Okay, well, the nature of that concern is racist,” they’ll dismiss it. But you can’t do politics like that. White working-class people in the Midwest exist and have opinions.

However, there is good evidence that if you bias the immigrant flow more to skilled people, you get less opposition to immigrants. Beyond that, we should be trying to understand which immigrants people are okay with. Could we have a stronger freedom of movement with Canada? How about English people? How about the Irish? How about Middle Eastern Christians?

Politics is hard. But I want politicians to work on this problem and bargain with the public over what a higher visa cap would look like. Because, fundamentally, immigration’s concrete material impact is so positive that we owe it to ourselves to find a way to unlock that potential.

The other mechanism is incentivizing people to have more kids (that they already want to have). Do you think there’s strong evidence that we can significantly change how many kids people have?

But culture matters too. Western European countries do more to support families, but they have smaller families than in the United States because the US is more religious than Europe. And I hope that if birth rates increase, that itself changes culture because people who have children spend more time doing things like going to church and talking to other people who have children. When people have bigger families, there’s more support for child-rearing.

One of your ideas is bringing in immigrants to revitalize struggling rust belt cities. What if immigrants don’t want to stay in these cities? Are we locking people in these regions?

I picked up an idea that Adam Ozimek and Adam Lantieri developed about expanding the visa pool. One way is to let particular places sponsor additional people. The problem with this is that people don’t want internal border controls. Then again, we already do something that is not great: If somebody gets an H-1B visa, they need to stay with a particular employer.

I think a better way of doing this would be to create a visa sponsored by a particular location, and the terms of the visa state you must live in this place for five years. After five years, you can get a more flexible visa if you comply with the terms. If not, you’re gone, but the incentive is that people want to get that permanent residency card.

Granted, many people will leave after five years, but some will stay as they put down roots in the community. This is useful, because once you break the cycle of population decline, that makes these cities much more attractive places to live in.