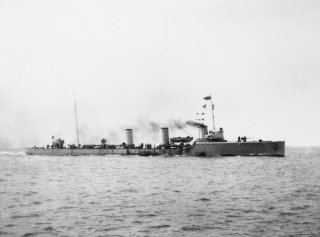 Here’s What You Need to Remember: The destruction of the High Seas Fleet on June 21, 1919 still marks the greatest destruction of naval power in a single day in modern military history. In a few hours, Germany went from being a first-rate naval power (behind only the United Kingdom and the United States) to completely lacking a modern fleet.

A little over one hundred years ago, the German High Seas Fleet committed suicide.