Dreadnought, The World's First Real Battleship, Went From Elite To Obsolete In A Couple Years 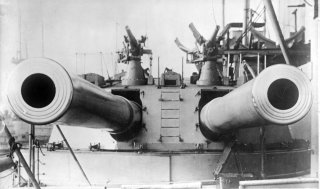 Here's What You Need To Remember: The notion that a warship could go from being the world class to obsolete in a decade (perhaps less, given how quickly new ships outclassed Dreadnought) is almost entirely alien to modern sensibilities. This essentially happened twice in the ten-year period between 1905 and 1915.