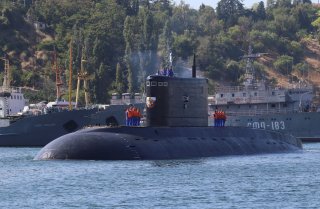 Here's What You Need To Remember: Coordinated drone autonomy has long been a focus of a fast-progressing Office of Naval Research effort called “Ghost Fleet.” The concept, which continues to make rapid strides forward, is aimed at synchronizing attack, ISR and other dis-aggregated operations across a large fleet of unmanned systems, programmed to communicate and operate in tandem - all in pursuit of mission-critical operations.

This first appeared in June 2019 and is being republished due to reader interest.