During the Falklands War, these French Planes Took the Fight to Britain 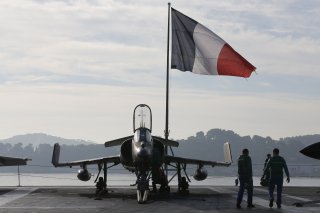 Here's What You Need to Remember: While it ably served France in six wars over thirty-eight years, the Super Étendard will always be remembered foremost for its role in sinking British two ships during the Falkland War—an event that would shake up naval planners for years to follow.