The Election and the Future of the U.S. Postal Service: Five Questions Answered 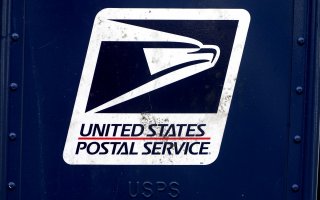 Editor’s note: The U.S. Postal Service implemented operational changes earlier this year that led to a sharp increase in delayed mail, raising concerns about the election as record numbers of Americans vote by mail this year due to the pandemic.

The Supreme Court’s decision on Oct. 19 to allow Pennsylvania to extend the deadline for accepting mail-in ballots was the latest sign of just how important USPS could be to the outcome of the election.

We asked legal scholars Jena Martin and Matthew Titolo to explain why the delays have continued and to discuss their impact on the election and efforts to solve USPS’ long-term fiscal challenges.

1. Why have there been so many delays?

The short answer is because of the operational changes made in June by the Trump administration’s freshly appointed postmaster general, Louis DeJoy.

Within weeks of his arrival, DeJoy eliminated overtime, dismantled hundreds of sorting machines and ordered employees to leave mail behind at distribution centers to ensure they could finish their routes on time.

As a result, the share of delayed mail surged in late July, according to internal documents.

The long answer, however, has to do with the Postal Service’s dire financial situation, which is why DeJoy said he made the changes – the implementation of which he later promised to postpone until after the election.

Despite DeJoy’s pledges, the delays have persisted. About 30% of long-distance mail and 45% of local mail was delayed by at least a day over the four-week period ending Oct. 12, according to The New York Times, which is tracking millions of pieces of first-class mail originating in four cities. That’s about double what was typical in 2019.

2. Why is the USPS suffering financially?

Unlike other federal agencies, the modern Postal Service is self-funded, which means it must generate its own revenue stream to use for operations – as opposed to receiving revenue from tax dollars. The more revenue the Postal Service can generate, the more resources it can devote to upgrades, salary increases and other benefits to the agency.

From 1982 – when the government stopped subsidizing USPS – through 2006, it earned a profit in all but five years. It began operating at an annual loss in 2007 after Congress forced it to pre-fund its pension obligations – which required setting aside about $5 billion a year – an onerous obligation that is out of step with how other agencies and businesses fund their pensions.

This has created an ongoing budget crisis that has left the agency unable to devote as much money to sorely needed improvements. Nor can it keep up with the strains that have been placed on it since the pandemic began. While the volume of profitable first-class mail has dropped sharply, the number of packages has soared as Americans have avoided shopping in physical stores and are ordering more stuff online.

Congress included a $10 billion loan for the Postal Service in its March coronavirus relief bill to help it get through the pandemic. This money should help the USPS operate normally until August 2021. However, disputes between the U.S Treasury and USPS regarding how to spend that money were only recently resolved.

The surge of election-related mail in the past few weeks, especially in battleground states, has caused even greater mail volume for the agency, leading to missed targets for on-time mail delivery in those areas.

3. What does this mean for the election?

Until this year, the Postal Service has managed to do a lot with a little. It’s long been considered the most trusted government agency in the U.S.

The USPS now faces lawsuits from over 20 states and such large cities as San Francisco and New York over the operational changes, as well as confusing election-related flyers the agency sent to voters.

After issuing a nationwide injunction against DeJoy’s restructuring efforts in September, a federal judge described them as “an intentional effort on the part of the current administration to disrupt and challenge the legitimacy of upcoming local, state and federal elections.”

A second judge ordered that election mail be prioritized.

Although in August the USPS warned states that it couldn’t guarantee all ballots would arrive in time for Election Day, DeJoy has since promised the agency will be able to handle the surge in mail.

4. What does it mean for voters?

If you’re in a state where mail-in ballots are automatically sent to all voters – such as California and Nevada – there’s a greater risk your ballot will experience delays in the mail.

In addition, most states require mail-in ballots to arrive by Election Day. Pennsylvania voters got a little relief after the Supreme Court on Oct. 19 left in place a ruling that lets the state count them even if they arrive up to three days late – as long as they are postmarked by Nov. 3.

Nonetheless, concerns about mail delays have prompted both Democrats and Republicans to urge their supporters to vote in person if possible to minimize the possibility of discarded ballots that favor their candidate.

If you still want to vote by mail, officials suggest you request a ballot as soon as possible – deadlines vary by state. In most states, you can track your ballot to make sure it’s arrived safely.

5. What will happen to the USPS after the election?

DeJoy made the changes as part of what he described as a necessary and long-overdue overhaul of the agency to stop the financial bleeding. Some Democrats, postal employees and others have accused him of laying the groundwork for privatizing the USPS.

Talk of privatization is hardly new. Critics of the USPS as a public agency argue that turning the agency into a private entity would increase the organization’s efficiency.

But the problem is this ignores the essential – and less profitable – public utility services the USPS provides. Our own review of the ramifications of privatization found that many essential services that are not profitable but enhance the public good would be lost if the Postal Service became a for-profit corporation.

For instance, unlike FedEx or UPS, the Postal Service has a universal service obligation. That means it is required to deliver mail and provide services to every person living in the United States, including in rural communities, even if doing so isn’t profitable. FedEx and UPS have no such requirement.

In fact, both FedEx and UPS use the Postal Service’s last-mile service to deliver their packages to rural customers precisely because it is not profitable for them to do so.

In addition, although few realize it, the Postal Service provides many benefits to the public beyond mere mail delivery, such as passport services and a program that aims to check in on elderly customers.

As for the USPS’ impact on American elections, if it were privatized, politicians would likely lose a key way they reach voters because their campaign flyers and other political mail are currently subsidized at reduced nonprofit rates. A privatized USPS would likely significantly raise those rates, which only more established candidates may be able to afford.