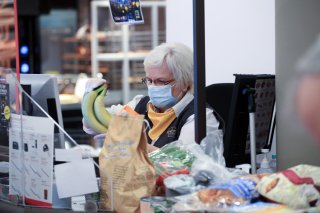 The coronavirus recession has laid bare how illogically the U.S. labor market values work that matters.

In the United States, as elsewhere, citizens have been extolling the role of essential workers – such as nurses, grocery suppliers and delivery drivers – by, for example, rewarding them with nightly claps. Yet many of these employees receive low pay and few protections, suggesting a different appreciation of their worth in the market.

But in highlighting this disconnect, perhaps the crisis has also provided an opportunity to reimagine an economy that values jobs for something more than just wealth creation: meaningfulness.

Meaningfulness has to do with how much one’s work matters in a moral sense, which is not always signified by how much money a job pays. It often relates to personal fulfillment from work but may also concern the social contribution work makes and what, morally, we ought to value. Contemporary social scientists and philosophers cite historical thinkers as diverse as Adam Smith and Karl Marx as recognizing the potential for meaningless work to detract from human well-being.

Unfortunately, our labor market tends not to account adequately for morality. For example, it often assigns less tangible value, such as money, to meaningful work that is intangibly valuable. A high school teacher may have a harder time accounting for her share in the success of a former student’s business venture than does the investment banker who helped fund the startup.

Workers who risk their well-being to clean bedpans at hospitals and stock shelves at grocery stores may have only the reassurance that their work is essential to augment their relatively meager compensation.

To suggest that moral values should be more integral to the free market is neither anti-capitalist nor partisan. As an ethics professor and business adviser, I know it is widely accepted that markets are imperfect and require mediation to balance out inequities.

Even a celebrated market economist like Milton Friedman recognized that the free market undervalues some things. Accordingly, disruptions from events like the current pandemic warrant public and private sector coordination to ensure an adequate supply of essential goods and services.

The recently passed bipartisan stimulus package that offers proportionately more to people who have less is consistent with this view that markets warrant intervention when it can stave off human suffering.

Similarly, wealthy individuals often act generously when they perceive distress that may be caused by unfairness in market mechanisms – for example, by donating money to make up for lost wages. But this only highlights a system that rewards some people with so much wealth that they can cover the missed paychecks of hundreds or thousands of others.

But I would argue that bailout checks and individual acts of kindness are not nearly enough. They may even have the unintended consequence of moral licensing – creating the false impression among individuals that they have fully done their part to mitigate the problem.

Laid-off workers having to look for new work in what could be a prolonged, post-pandemic recession will not find long-term stability in temporary infusions of cash and charity. Economic and social recovery will require the creation of tens of millions of jobs for those who have filed unemployment claims. But we should also be looking to promote meaningful work in a post-pandemic economy through the rewarding of pay that is proportional to a work’s meaningfulness.

Work deemed essential in the pandemic has taken on more meaning because it is urgent to people now. However, even after this crisis has passed, much of this work will continue to be essential to our society.

Meaningfulness can also apply to work that seems less urgent but nonetheless important, such as the concerts and performances that we are now missing. Unfortunately, funding for the arts and public education is an easy target when budgets are strapped.

In times of disaster, those who are most vulnerable are often those who are harmed the most, a phenomenon called differential exposure. For example, during the pandemic, the lower an employee ranks in an organizational hierarchy, the more likely they are to encounter frontline hazards.

Similarly, when we emerge from the economic aspect of this disaster, as after the Great Recession, those who already had the greatest financial means are likely to be the most prepared to increase their wealth.

If we allow that return to economic normalcy, ordinary workers who have suffered greater losses in the downturn will also be in the most uncertain position to benefit from the recovery. Americans could redress this by reprioritizing the place of meaningfulness in how they measure and remunerate work that matters.

Of course, restructuring the economy to recognize meaningfulness is complex and some would say fanciful. But I believe the moral values of our markets are a reflection of our individual and social values. And there are things that can be done to move in that direction: Prospective employees can pursue work that makes a moral contribution to society, companies can adopt more socially conscious statements of purpose and policymakers can look at ways to better acknowledge the nonmonetary contribution of work to society.