The EU Vaccine Crisis: What’s Being Done to Speed Up Production? 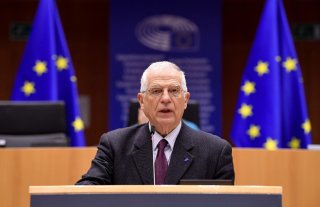 The EU has a vaccine shortage problem. AstraZeneca pledged earlier this month to supply 2 million doses a week to the UK, but has also said it will cut deliveries to the EU from 80 million doses to 31 million during the first quarter of 2021.

The UK has vaccinated more than 11% of its population so far. EU nations such as Italy, Poland, Finland and Germany have only vaccinated between 2% and 3%. After the tense Brexit negotiations and the criticism the UK received for not joining the EU vaccine procurement scheme, this difference is stark. The EU, understandably, is keen not to fall further behind in rolling out vaccines and so has demanded it be given doses of the AstraZeneca vaccine made in the UK.

Whether the EU’s contract with AstraZeneca is a commitment to deliver certain quantities or an agreement for the company to do its “best effort” is contested. The content of the contract and timings of orders will be at the core of arguments over who should receive stock and when. The dispute continues.

This is all down to the vaccine pipeline being squeezed – but why are vaccine manufacturers struggling to keep up the pace of production? Details of the contracts between vaccine producers and the UK or the EU are not publicly available, but what is known about the vaccines’ supply chains can explain some of the reasons for the current shortage.

The immediate problem stated by AstraZeneca is a lower than expected output at a manufacturing site in its European supply chain. This can happen because vaccines are complex biological products: the production process does not always yield the same amount of usable vaccine. Stringent quality checks are also in place to ensure that all batches are safe. If the quality is not right, less vaccine becomes available.

According to AstraZeneca chief executive Pascal Soriot, issues with yield are to be expected when rapidly increasing production. He says that such problems have also occurred in plants in Australia, the US and the UK. However, as the UK signed its contract three months earlier than the EU, there was more time to resolve any teething issues.

Issues can interrupt operations too. Vaccine production at an AstraZeneca site in Wales had to be paused for several hours while a suspect package was investigated. And in India, a fire at the Serum Institute (the world’s largest vaccine producer, which has a licence to produce the Oxford/AstraZeneca vaccine) claimed several lives, but reportedly did not affect production.

To deliver billions of vaccines to the world, production capacity has to be large – but increasing it can lead to delays as well. Pfizer announced a temporary decrease in output in order to expand a Belgian factory, for example. The Belgian plant is the core supplier of Pfizer/BioNTech vaccines for Canada, the EU and the UK, which shows how widespread knock-on effects can be.

How to safeguard production

One way around this problem is to increase capacity by working with competitors. For instance, the French pharmaceuticals company Sanofi has announced that it will produce more than 100 million doses of the Pfizer/BioNtech vaccine. This puts Sanofi’s existing production capacity to use even though its own COVID-19 vaccines are experiencing delays. Such “coopetition” – simultaneous competition and cooperation – is not unusual in supply chains.

Another way to bolster production is to use regional supply chains to make and distribute vaccines, with each serving only particular parts of the world. Not relying on just one supply chain enhances overall resilience; if something goes wrong in one supply chain, the others can still function. Spreading production around the world – which is what AstraZeneca has done – also means easier access to appropriate facilities and trained staff.

However, this strategy is now at the heart of the disagreement with the EU. The EU is suggesting that the shortfall in yield at a Belgian AstraZeneca plant should be made up by distributing doses produced in the UK. But that would mean an inability to fulfil contractual obligations to Britain.

To avoid these sorts of issues, other countries are keen to set up their own vaccine production sites. Australia has announced it has paid a premium to produce the AstraZeneca vaccine domestically. From March, its output is expected to be around 1 million doses per week.

But domestic production is also not without its problems. Brazil plans to rely mainly on domestic production and has a strong pharmaceutical industry to support this. But it needs to import key ingredients, a process that is currently hampered by bureaucratic hurdles and technical issues. It will still rely on supply chains elsewhere – particularly in India and China.

The cost of ‘vaccine nationalism’

At the moment, demand for COVID-19 vaccines is much higher than supply. Competition to secure doses is fierce, with many disappointed parties demanding answers – when the vaccines will arrive and in what quantity. Uncertainty may lead to vaccine protectionism, with stock produced in key locations withheld and hoarded to serve only local populations.

But while rich countries’ concerns about delayed deliveries are valid, it’s important to keep in mind that many nations will not have widespread access to vaccines in 2021. Concern about the lack of equal access to medicines has been voiced globally, nationally and regionally, as government bodies attempt to secure vaccines for their populations.

Developed nations focusing on themselves is not going to help solve a global crisis. As long as the virus is free to spread and mutate in some countries, no country is safe. The global economy could lose more than US$9 trillion (£6.6 trillion) if governments fail to ensure developing economies have access to COVID-19 vaccines. This vast figure points to the dangers of these current moves towards self-interest.