The Eurofighter Deserves More Respect Than it Gets 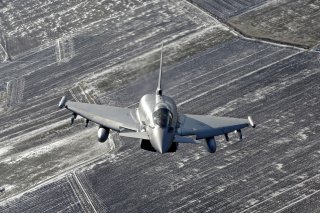 Here's What You Need to Remember: The F-35 has come to dominate the fighter acquisition plans of many European countries, sucking up money and attention that might have gone to the Typhoon.

This article first appeared in 2016 and is being republished due to reader demand.