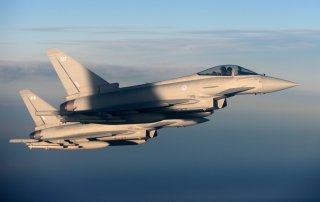 Here's What You Need to Remember: In exercises, the Typhoon has quickly established a reputation as one of the world’s most formidable dogfighters, with high maneuverability and energy preservation characteristics.