Europe is Working on Its F-22 Alternative 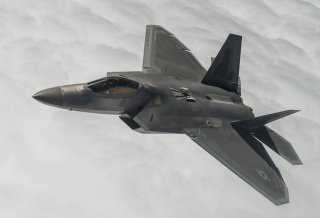 Here's What You Need to Know: Designing and manufacturing a sixth-generation jet will require not just a substantial amount of money, but also the political will to keep that coming despite inevitable economic downturns and defense budget cuts.

Developed by Airbus under a German military contract, LOUT “was developed with a holistic approach to stealth so that it could address the three domains of capabilities LO [low observability] platforms must feature: reduced radar, visual, IR [infrared], and acoustic signatures; ability to employ electronic countermeasures; and ability to perform emission management, so that it can reduce the detectability of the onboard sensors,” according to the Aviationist web site.

But it is no coincidence that Britain doesn’t even envision the Tempest entering service until 2035, a nearly 20-year stretch that’s probably generous given the obstacles to developing new aircraft. Both the F-22 and F-35 have ran overbudget, and Russia’s air force has been leery about buying more than a few expensive Su-57s. Designing and manufacturing a sixth-generation jet will require not just a substantial amount of money, but also the political will to keep that coming despite inevitable economic downturns and defense budget cuts.