Even If The North Korean Air Force Is Obsolete, Don't Underestimate It 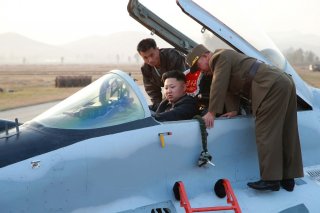 Here's What You Need to Know: Among the most antiquated and obsolete aircraft in the North Korean air force is the Shenyang J-5, a Chinese copy of the 1950s-era Mikoyan Gurevich MiG-17 Fresco. North Korea is thought to possess roughly 106 of the antiquated fighters. North Korea’s Korean People's Army Air Force (KPAAF)—referred to as the Air and Anti-Air Force Command in South Korean documents—is not in the top ranks of the world’s air forces.