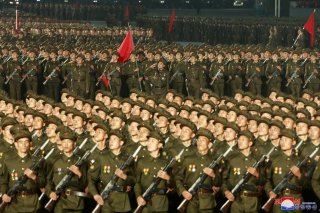 Here's What You Need to Remember: North Korea’s arms industry is poor and backward but full of surprises. Pyongyang’s infantry and special operations forces make up a disproportionate amount of its armed forces and a major part of its offensive capability, giving it considerable incentive to provide new technology when possible. The Type 88 rifle will probably see further improvements in the coming years, but how much new tech North Korea can sustain across hundreds of thousands of rifles remains to be seen.