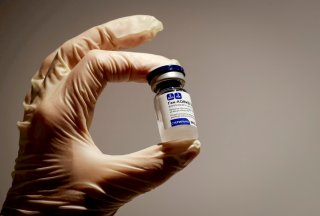 Russia was the first country to register a COVID vaccine, with its health ministry giving emergency approval to the Sputnik V vaccine in August 2020.

This decision was met with scepticism from the international scientific community because it came a month before results of phase 1 and 2 trials were published.

Growing data from clinical trials and real world rollouts suggests the vaccine is safe and very effective. But there are several outstanding questions around the vaccine, such as whether it’s associated with the very rare blood clotting condition seen with AstraZeneca’s vaccine, and how well it performs against variants of the coronavirus.

So what kind of vaccine is Sputnik V, how does it work, and what data are we missing?

How does Sputnik V work?

Sputnik V was designed by The Gamaleya National Research Center for Epidemiology and Microbiology. It has its very own Twitter account advertising its status as the “world’s first registered COVID-19 vaccine” and approval in 69 countries including Russia, South Korea, Argentina and the UAE.

Like the Oxford-AstraZeneca vaccine, the basis for the vaccine is a harmless form of adenovirus, one of several viruses that can cause the common cold.

The adenovirus acts as a packaging system for DNA to deliver instructions to our cells. This DNA instructs cells to make the spike protein from SARS-CoV-2. The immune system is then trained to generate an immune response to the spike protein, which provides protection against the real SARS-CoV-2 virus.

Unlike the other adenovirus-based vaccines, Sputnik V uses two different adenoviruses for the first and second dose. This is done as people can develop an immune response against the adenovirus vector used in the first shot of the vaccine, which could possibly reduce the overall effectiveness.

The two doses are separated by three weeks, rather than the 8-12 weeks usually recommended for the Oxford-AstraZeneca vaccine.

Sputnik V doesn’t require the ultra-cold temperatures like the mRNA-based vaccines, which makes it an attractive candidate for many countries desperate for vaccines. Gamaleya has been open to sharing its manufacturing platform, unlike some other vaccines.

How well does Sputnik V work against COVID-19?

Data from the phase 1 and 2 clinical trial was published in September in the highly reputed medical journal The Lancet. The data showed no major adverse reactions, and side effects that were common to the other COVID-19 vaccines. These were primarily fever, headaches and pain at the injection site.

Most impressively were the results of the larger phase 3 trial published in The Lancet in February this year, which reported 91.6% efficacy against symptomatic infection. This places Sputnik on par with the mRNA vaccines by Pfizer and Moderna, for which the original efficacies were 95% and 94.1% respectively.

The results from the phase 3 trial also suggested a single dose was protective, with an efficacy of 79.4%. This led to the approval of “Sputnik Light” in some countries, a single dose regimen that overcomes some of the issues manufacturing the second dose of Sputnik V. The two different adenoviruses used in the first and second dose of Sputnik V need to be produced using separate cell cultures. Only having to produce a single type of adenovirus streamlines the production.

Outside of these trials, a press release from Gamaleya says real world analysis of the vaccine given to nearly 3.8 million Russians reported an efficacy of 97.6% against infection. This led Gamaleya to claim Sputnik V is “the world’s most effective vaccine”.

Despite the encouraging efficacy results, there are still some concerns. Both the phase 1 and 2 safety trials, and the phase 3 efficacy trials, have been criticised for not sharing their raw data or the full details of their study design, as well as inconsistencies in the published data.

Sputnik V isn’t yet approved by the European Medicines Agency (EMA) or the World Health Organization, meaning it cannot be used by COVAX, the COVID vaccine global access initiative. Gamaleya has yet to provide the EMA with all the necessary manufacturing and clinical data necessary to gain this approval.

What are the unanswered questions about Sputnik V?

There are a number of outstanding issues with the vaccine.

Of particular importance is the question of whether it’s associated with the very rare blood clotting condition that’s been linked to the AstraZeneca and Johnson and Johnson vaccines, which also use adenovirus vectors.

Gamaleya claims there have been no reports of this occurring in individuals given Sputnik V. Analysis following the administration of 2.8 million doses of Sputnik V in Argentina supports this. The results, announced via a press release by the Argentine health ministry, reported no deaths associated with vaccination and showed mostly mild adverse events.

And there was no indication of an association between Sputnik V and this condition in the clinical trials.

However, there hasn’t been enough published real world data to be completely confident researchers would be able to pick up on the condition if it did emerge.

It’s also unclear how well Sputnik performs against the rapidly spreading variants of concern, such as Delta. Some of these variants are partially able to escape from the immune response generated by COVID vaccines.

Research published in July examined antibodies in the blood of people vaccinated with Sputnik V to see how it performed against the Alpha, Beta, Gamma and Delta variants. It found there was a reduction in the ability of their antibodies to block infection. It’s unclear how this reduction would impact the vaccine’s effectiveness against hospitalisation and death, as we’re still waiting to see published real world data on this.

We need further studies which directly compare blood samples from people vaccinated with the different vaccines before Sputnik’s claims of being highly effective against variants can be confirmed. We’ll also need to see real world analysis of its effectiveness against variants, such as that performed with Pfizer and AstraZeneca.

Megan Steain is a Lecturer, School of Medical Sciences, Faculty of Medicine and Health, University of Sydney

Jamie Triccas is a Professor of Medical Microbiology, School of Medical Sciences, Faculty of Medicine and Health, University of Sydney