Explained: How the F-15EX Fighter Became the Eagle II 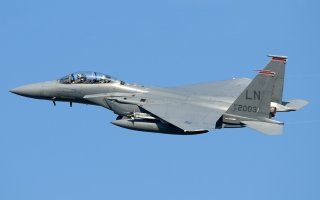 The U.S. Air Force announced on Wednesday that their latest 4th-generation fighter, the heavily upgraded F-15EX, will officially be dubbed the Eagle II.

Boeing’s F-15EX Eagle II is the latest iteration of America’s famed air superiority fighter, the F-15 Eagle. Until just recently, it had been more than 20 years since the Air Force took delivery of an F-15, but America’s allies in Saudi Arabia and Qatar have continued to invest in the platform over the years. All told, these nations have pumped some $5 billion into modernizing and improving the aircraft over the past two decades, resulting in what may be the most capable 4th generation fighter on the planet.

“The arrival of these aircraft is very timely,” announced Lt. Gen. Mike Loh. “We must ensure that we have the most capable combat aircraft defending our shores during this time of great power competition.”

The United States currently maintains a fleet of around 230 F-15s in various trims (C/D). These jets represent the crux of America’s 4th-generation air intercept fighters. America purchased many of these aircraft starting in 1979, making them extremely old by comparison to technological marvels like the modern F-35 Joint Strike Fighter.