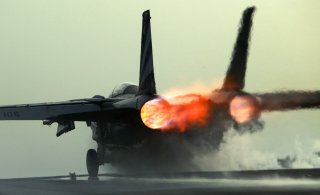 Here's What You Need To Remember: Whether it’s producing parts itself or acquiring them abroad, Iran is clearly succeeding in its efforts to supply its F-14 squadrons. In October 2013, Taghvaee estimated that more than 40 of Tehran’s surviving F-14s were in flyable condition, possibly the highest number since the mid-1970s.