The F-14 Tomcat Was the Fastest Plane in the Sky 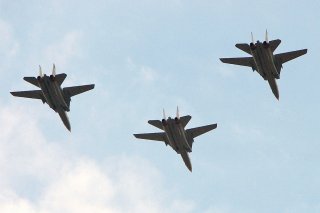 Here's What You Need To Remember: The F-14's last mission for the U.S. air force took place in 2006 - but Iran still uses the outdated aircraft, mainly because it can't get anything else.