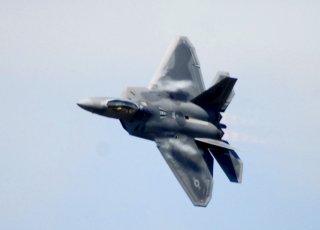 Here's What You Need to Remember: American planes will be operating from more distant bases, and the greater distances mean fewer sorties. Which places a premium on long-range aircraft that can carry a heavy payload per sortie.

Michael Peck is a contributing writer for the National Interest. He can be found on Twitter and Facebook. This piece was originally featured in May 2019 and is being republished due to reader's interest.