The F-35 Could Do Some Real Damage to North Korea 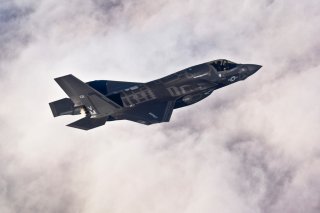 Here's What You Need to Remember: The ROKAF might opt to fly the F-35A in formations with fourth-generation aircraft to provide better situational awareness and communications capability, enhancing the ability of the entire formation to fly and fight. Usage in such a role would mitigate one of the biggest criticisms of the F-35, the limited onboard weapon capacity.