F-35 Killer or Not: How Good is Russia's S-500 Air and Missile Defense System? 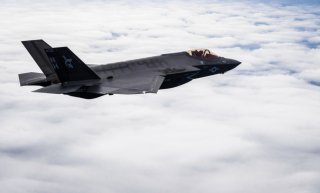 Here's What You Need to Remember: A Sputnik report said “the S-500 is expected to able to detect and simultaneously attack up to ten ballistic missile warheads flying at speeds of over 4 miles a second.”