F-35A and F-35B Stealth Fighters: What Is the Difference? 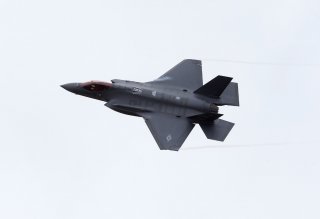 Here's What You Need to Remember: All of these limitations may make it seem like the F-35B once in flight is by and large just a worse version of the F-35A. While this is true, it’s important to consider the roles of the aircraft. The F-35B is far closer in capability to the F-35A than the AV-8B was to the F-16C.

Oftentimes, the F-35 has been colloquially referred to as one aircraft in the media, or various versions of the F-35 have been conflated with each other. However, despite their shared “program,” the standard F-35A and the VSTOL F-35B are very different and even feature different fuselages in addition to the additional complexity introduced in the B variant.

The primary difference between the two jets is that the B is less nimble in general. There is a multitude of reasons for this, many of which stem from the necessity for the B to have VSTOL capability.

Weapons-wise, there are a few small but important differences between the F-35A and F-35B. The most obvious one is the omission of the gun at the wing root on the F-35B due to the different fuselage shape.

The biggest implication is that the F-35B cannot carry the massive two-thousand-pound bombs stealthily, in order to employ them they must be hung from the external weapon pylons. Most of the United States’ “bunker-buster” bombs weigh that much, so the F-35B would not be able to perform a stealthy mission against a deep hardened target, whereas the F-35A would.