F-35s And Supersonic Missiles: This Is Japan's Strategy To Beat China's Navy 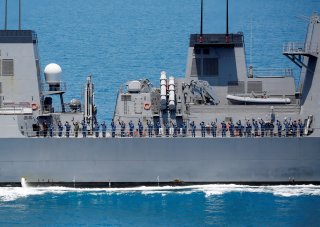 Here's What You Need To Remember: Japan already plans to deploy F-35B stealth fighters on carrier-like “helicopter-destroyers.” A new air warfare strategy would incorporate American-made standoff air-to-surface missiles. A long-range anti-ship missile would just be a continuation of that trend.