The F-5E ‘Tiger’: An Old But Fierce Fighter Jet 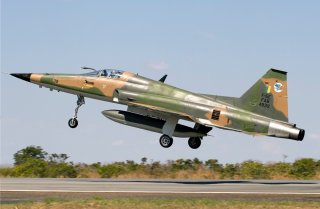 Here's What You Need To Remember: Brazil first acquired F-5Es in 1974. Forty-two units were purchased originally, followed by twenty-six more in the 1980s.

These aircraft served in without much modification until CRUZEX I aerial exercise in 2002.