The F-5E "Tiger" is a Great Budget Jet 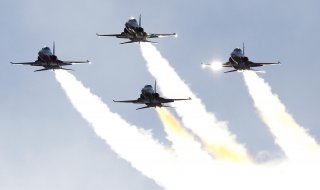 Here's What You Need To Remember: If you're a developing country without a monstrous military budget, the F-35 isn't for you. The F-5, a sleek, fast, and affordable upgraded third-generation fighter, might be.