The F-84 Thunderjet: The Jet That Terrorized North Korea 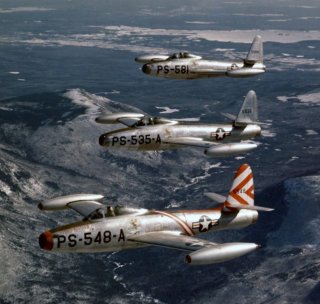 Here's What You Need To Remember: The F-84 wasn't as sophisticated as its younger, faster brother, the legendary F-86 sabre - but it had incredible firepower, and was an incredible ground-attack fighter.