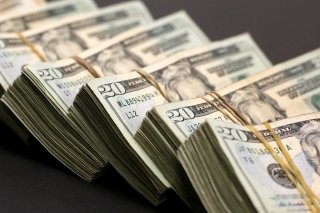 Here's What You Need to Remember: President Joe Biden did not directly press for a fourth round of checks. He did, though, point out that the latest $1,400 stimulus payments have provided much-needed support to millions of American families.

There’s no question that anxiety levels of many cash-strapped Americans might be creeping a bit higher because it appears that the Internal Revenue Service and the Treasury Department are in their final weeks of disbursing the remaining $1,400 coronavirus stimulus checks under the American Rescue Plan.

In fact, the latest data have revealed that only about 15 percent of checks have yet to be sent out.

In light of this, many struggling Americans have looked to social media platforms for answers on future stimulus payments. But in many cases, the information provided by these everyday citizens can be just flat-out wrong.

For example, earlier this month, one Facebook post stated that a fourth stimulus check worth $2,000 would be arriving by Memorial Day weekend to all eligible individuals. The post, which now has been flagged, was shared hundreds of times.

For those who follow the news out of Washington closely, this obviously is a false statement.

Even while addressing a joint session of Congress a couple of weeks ago, President Joe Biden did not directly press for a fourth round of checks. He did, though, point out that the latest $1,400 stimulus payments have provided much-needed support to millions of American families.

“We kept our commitment, and we are sending $1,400 rescue checks to 85 percent of all American households,” Biden said.

“We’ve already sent more than one hundred sixty million checks out the door. It’s making a difference. For many people, it’s making all the difference in the world,” he added.

And just last week, White House Press Secretary Jen Psaki was mostly noncommittal regarding future stimulus payments. When asked if there would indeed be another round to assist Americans, she responded: “We’ll see what members of Congress propose, but those are not free.”

Instead, she pivoted to discuss in detail the potential benefits of the expanded child tax credit, which will give millions of eligible parents a $250 or $300 payment each month. These payments are slated to head out starting in July, the IRS has confirmed.

This is, however, not to say that everyday Americans aren’t pushing for another round of stimulus money. Well over two million people already have signed a Change.org petition that calls for $2,000 recurring monthly checks to support Americans.

“Our country is still deeply struggling. The recovery hasn’t reached many Americans—the true unemployment rate for low-wage workers is estimated at over 20 percent and many people face large debts from last year for things like utilities, rent and child care. These are all reasons that checks need to be targeted to people who are still struggling and that Congress needs to learn from this past year,” it added.

Ethen Kim Lieser is a Minneapolis-based Science and Tech Editor who has held posts at Google, The Korea Herald, Lincoln Journal Star, AsianWeek, and Arirang TV. Follow or contact him on LinkedIn. This article first appeared last year.