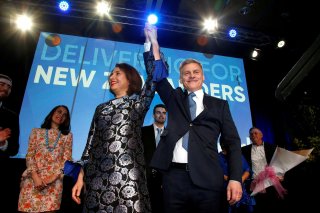 On November 3, the US presidential election will take place. Barring acts of God (or COVID-19), New Zealanders will select the members of the country’s 53rd Parliament, along with registering their opinions in referenda on cannabis legalization and control and end of life choice, in a September 19 plebiscite. In both of these elections, social media will undoubtedly play an even more prominent role in informing voters than the last time these elections were held. For evidence of this, one need go no further than the United Kingdom’s December 2019 election or Australia’s May 2019 federal election.

Social media platforms have been criticized for their potential to influence electoral outcomes with either deliberate or inadvertent prioritization of advertisements and political posts. There are also concerns about platforms’ ability and/or willingness to censor posts in a manner inconsistent with the pursuit of free speech. However, the platforms deserve some praise for taking constructive (albeit imperfect) steps to address the risks of social media misuse during election campaigns.

Earlier this week, Facebook’s Director of Policy for Australia, New Zealand, and the Pacific Islands, Mia Garlick, announced that from July, anyone running advertisements in New Zealand on Facebook and Instagram that “reference political figures, social issues, the election and political parties will need to confirm their identity with a New Zealand Government issued ID, and disclose who is responsible for the ad in a public ‘Paid for by’ disclaimer.” The advertiser will also be required to provide additional information such as a phone number, email and website “to hold them accountable for the ads they run”.

The ads and contact information will be logged in Facebook’s Ad Library and kept available for seven years. The Ad Library allows searchers to see how much was spent to run an advertisement, the number of impressions it received, and information about the ad’s history. That information includes the primary country of the person who manages the page on which the ad appears, the total spend on the ad over specific time periods (day, week, month etc), and aggregated demographic data of people viewing the ad. The Ad Library API will be made available to researchers, academics, journalists, and the public “to study and analyse political advertising.” In addition, Facebook will “work with political parties, candidates and elected officials to further secure their accounts as we know they can be particularly vulnerable to targeting by hackers and foreign adversaries.”

These election-focused initiatives complement the Facebook’s move in March to introduce third-party fact-checking of New Zealand content in partnership with the Australian Associated Press. To achieve this, “local teams on the ground” will “independently review content and rate its accuracy so we can continue to reduce the spread of misinformation on our platforms.” Politicians registered with the electoral commission will be exempted from fact-checking, because “we don’t believe it’s appropriate for a private company like Facebook to referee political debates and prevent the speech of a New Zealand politician from reaching Kiwis; this way it can be subject to public debate and scrutiny.” However, the company will block any speech from politicians that engage in voter suppression, interference with the election, or violation of other policies.

First-mover advantage or filling a void with self-regulation?

Facebook’s commitment to openness and transparency provides a welcome dose of sunlight on what has often been a dark corner of the social media world. This could be seen as the platform introducing both self-regulation and social responsibility. After all, Garlick notes that the firm ”work(s) closely to support the New Zealand Electoral Commission, Ministry of Justice, and other electoral authorities and local partners and will continue to do so throughout the campaign period.”

But is that all there is? After all, any platform could adopt a similar strategy.

As the first mover (in New Zealand at least), Facebook now has a clear advantage over its rivals among both political parties and voters. Political parties are big spenders at election time, likely spending much more on social media for the 2020 elections relative to other channels. If voters become more likely to trust what they see on Facebook due to the company’s efforts, then political parties will have to spend more there than at its rivals to get voter attention. If political parties want assurances that attempts to manipulate their messages or to promulgate fake news will be better managed by Facebook than by its rivals, then the case for spending a larger share on Facebook becomes even more compelling. This is smart business for a two-sided platform looking to maximize the monetization of network effects associated with the interactions of stakeholders on both sides. If the strategy proves successful in New Zealand, then the stakes will be even higher for the US in November. We watch this space with interest.