Fact: Black Women Have Been Targets of Police Violence and Brutality 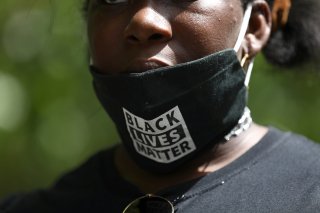 Just after midnight on March 13, 2020, Breonna Taylor, an EMT in Louisville, Kentucky, was shot and killed by police officers who raided her home.

The officers had entered her home without warning as part of a drug raid. The suspect they were seeking was not a resident of the home – and no drugs were ever found.

But when they came through the door unexpectedly, and in plain clothes, police officers were met with gunfire from Taylor’s boyfriend, who was startled by the presence of intruders. In only a matter of minutes, Taylor was dead – shot eight times by police officers.

Although the majority of black people killed by police in the United States are young men, black women and girls are also vulnerable to state-sanctioned violence. The #SayHerName campaign has worked to bring greater awareness to this issue.

Police violence against black women is marginalized in the public’s understanding of American policing. There is a perception among many Americans that black women are somehow shielded from the threat of police violence.

This perception could not further from the truth.

Breonna Taylor’s story is reminiscent of countless others, and reflects a long-standing pattern: For decades, black women have been targets of police violence and brutality.

And for decades, their stories have been sidelined in public discussions about policing. Many scholars point to misogyny to explain the continued marginalization of black women in mainstream narratives on police violence. As Andrea Ritchie, one of the authors of the groundbreaking #SayHerName report, explains, “Women’s experiences of policing and criminalization and resistance [have] become unworthy of historical study or mention, particularly when those writing our histories are also men.”

Despite, or perhaps because of, their own vulnerability to state-sanctioned violence, black women have been key voices in the struggle to end it.

Civil rights leader Fannie Lou Hamer was one of the most vocal activists against state-sanctioned violence.

Born in Ruleville, Mississippi, in 1917, Hamer was a sharecropper who joined the civil rights movement during the early 1960s.

After learning that she had the right to vote under the U.S. Constitution, Hamer became active in the Student Nonviolent Coordinating Committee, an interracial civil rights organization. The organization worked on the grassroots level to help black residents in Mississippi register to vote at a time when only 5% of the state’s 450,000 black residents were registered.

In 1963, Hamer and a group of other activists were traveling back home after attending a voter’s workshop in Charleston, South Carolina. They stopped at a restaurant in Winona, Mississippi, to grab a bite to eat.

The restaurant owners made it clear that black people were not welcome. Hamer returned to the bus, but then reemerged when she noticed officers shoving her friends into police cars. An officer immediately seized Hamer and began kicking her.

Later at the police station, white officers continued to beat Hamer. As she later recalled, “They beat me till my body was hard, till I couldn’t bend my fingers or get up when they told me to. That’s how I got this blood clot in my left eye – the sight’s nearly gone now. And my kidney was injured from the blows they gave me in the back.”

Despite the fear of reprisals, Hamer told this story often. In 1964, at the Democratic National Convention in Atlantic City, she recounted her story before a live, televised audience of millions.

In doing so, Hamer brought attention to the problem of police violence. Her efforts would pave the way for many other black women activists who boldly confronted police violence and brutality by telling their stories – and the stories of their loved ones.

From lynch mob to violent police

During the 1980s, Mary Bumpurs and Veronica Perry led a grassroots initiative in New York City to combat police violence in black communities.

United by their similar experiences, Mary Bumpers and Veronica Perry joined forces to combat police brutality in New York City – an epicenter of police violence and anti-brutality organizing. Transforming their grief into political action, both women politicized their roles as mothers and daughters to challenge police violence. They organized local demonstrations and pushed for legislation that would help to curb police violence in the city.

On Sept. 24, 1985, they were keynote speakers at the Memorial Baptist Church in Harlem. Both women delivered rousing speeches before an audience of community members and religious leaders.

Her comments emphasized black activists’ recognition that the fight for black rights was interconnected with the struggle against racist violence – whether at the hands of a lynch mob of ordinary citizens or at the hands of a police officer.

In October 1986, Mary Bumpurs and Veronica Perry appeared together at a memorial service at the House of the Lord Church in Brooklyn. They were joined by several other black women, including Carrie Stewart, the mother of graffiti artist Michael Stewart, who died in police custody in 1983.

Also joining them was Annie Brannon, whose 15-year-old son Randolph Evans was killed by New York police in 1976.

At the service, they lit candles in memory of their loved ones and called on community members to take seriously the escalating police violence in the city and across the nation. “We as a people have to stand together,” Mary Bumpurs explained. “It takes each of us banding together,” Veronica Perry added.

Today many remember the Eleanor Bumpurs and Edmund Perry cases. Fewer might recall these two women’s grassroots organizing during the 1980s.

Their efforts, and the earlier work of Fannie Lou Hamer in Mississippi, offer a glimpse of the significant role black women play in challenging police violence.

These women’s political work continues today through the “Mothers of the Movement,” a group of black mothers whose sons and daughters have been killed while in police custody.

This group, which includes Sybrina Fulton, the mother of Trayvon Martin, and Gwen Carr, the mother of Eric Garner, are working tirelessly to push for legislation that would fundamentally change American policing.

In recent years, Fulton, along with Democratic Georgia Congresswoman Lucy McBath, the mother of Jordan Davis, and Lesley McSpadden, the mother of Michael Brown, have run for public office. In the wake of recent protests, these women are calling for greater police accountability and joining the chorus of voices demanding the end of police killings of black people in the United States.