Fact: More Than Sixty Countries Rely on This One Sniper Rifle 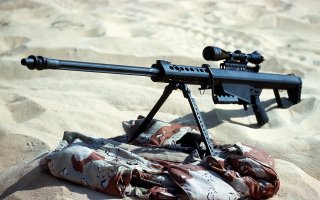 Key Point: The utility of the Barrett M82 sniper rifle has been repeatedly proven over numerous conflicts.