Fact: Some of Israel's Weapons Are Better Than America's 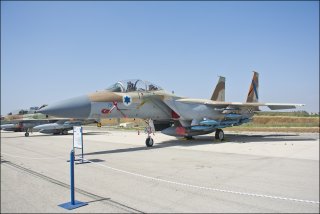 Here's What You Need To Remember: Israel loves the F-15. So much, in fact, that they've produced their own distinct version of it, the F-15I, which is - by some metrics - better than the American version.