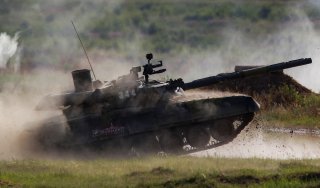 Key Point: The T-80U is still a relic, but one that has served admirably.