Fact: The U.S. Military Had Nuclear Weapons in Korea for Decades 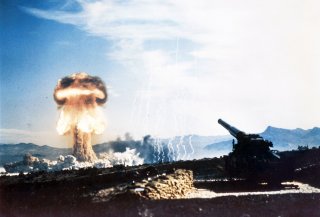 Key point: America put nukes in South Korea to deter North Korea. However, they were removed in after the Cold War when the world seemed to be getting more peaceful.

Daniel DePetris is a fellow at Defense Priorities, a foreign policy organization focused on promoting a realistic grand strategy to ensure American security and prosperity. This first appeared earlier and is being reposted due to reader interest.