From Factory To Flying High: This Is How The F-35 Was Born 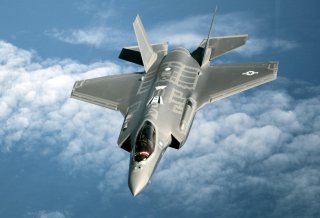 Here's What You Need To Remember: The F-35 is built with small coolant tubes running under the wings into the body of the aircraft, designed to dissipate the heat generated by the airplane’s avionics and electrical systems. This avoids overheating and controls overall airplane temperatures. Controlling temperature also enhances the stealth properties of the aircraft.

(Ft. Worth, Texas) -- Filled with stacks of fuselage panels, engine components and a wide assortment of pipes, electronics and avionics, the spralling F-35 construction facility in Ft. Worth, Texas, resembles a small city filled with engineers, mechanics, electricians and airplanes at various stages of construction.