The Falklands War Almost Had a Tragic End for the British 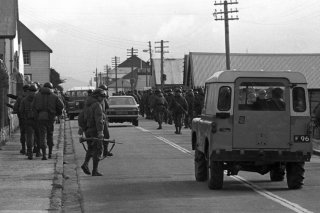 Here's What You Need to Know: The brief but bloody naval war that occurred in 1982 over the Falkland Islands, known as the Malvinas in Argentina, is typically viewed as a triumph of British naval power. A Royal Navy task force managed to beat off heavy air attacks to take back the South Atlantic archipelago from Argentine troops.