Falklands War: The Only Time Nuclear Submarines Killed Another Warship 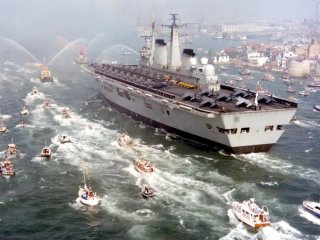 Here's What You Need to Remember: The issues that brought about the war, the manner in which the war was fought, and the situation the war left behind continue to hold important lessons for practitioners of foreign policy today.