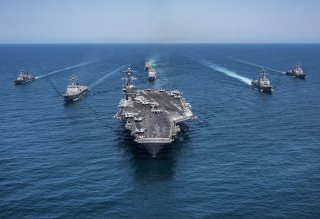 Key Point: The most controversial question will be whether the Navy will opt for an unmanned aircraft instead of one with a human in the cockpit. Either way, expect stealth to be a significant part of the design.

Navies that don’t evolve are doomed to defeat, and America is no exception. But the U.S. Navy has a plethora of new equipment on the drawing boards, the shipyards, and the factories.