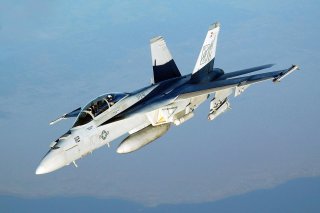 Key Point: The Hornet will still be the workhorse of America's carrier fleet for years to come.

This first appeared earlier this year.