From Fighting Crime to Terrorism, Russia’s Special Forces Police are No Joke 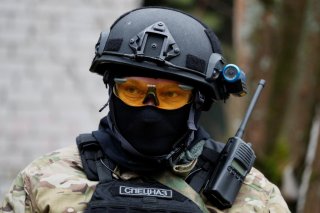 Here's What You Need to Remember: The creation of many regional SOBR units only happened after the fall of the Soviet Union. In 1992, regional SOBR teams were created to combat organized crime.

Charlie Gao studied political and computer science at Grinnell College and is a frequent commentator on defense and national-security issues. He would like to thank Michał Kizeweter for significant assistance with research. This first appeared earlier and is being reposted due to reader interest.