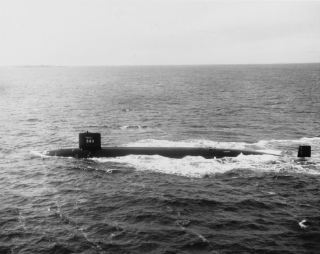 Here's What You Need to Know: Fifteen minutes after reaching test depth, Thresher reported to Skylark, “Experiencing minor difficulties. Have positive up angle. Am attempting to blow [ballast tanks]. Will keep you informed.” Two more garbled messages followed, then a sound “like air rushing into an air tank.” Thresher was never heard from again.