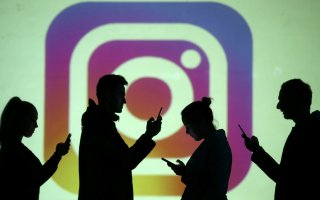 We know Instagram is the most influential app when it comes to lifestyle and beauty trends.

But recent research shows increasing numbers of people are also going to Instagram for their news. A report by the Reuters Institute found the use of Instagram for news has doubled across all age groups since 2018.

It is now set to overtake Twitter as a news source in the coming year, with younger people in particular embracing Instagram for their news.

Instagram is a social media platform where users post photos with captions, with an estimated one billion active users around the world.

The Reuters report found Instagram reaches 11% of people of all ages for news, based on survey results for 12 countries, including Australia.

But the embrace of the platform for news is particularly pronounced for young people. For example, in April, 24% of 18-24 year olds in the United Kingdom used Instagram to find out about COVID-19. This compares with 26% in the United States.

Australians were not polled for this particular question, but a 2020 Australian study of school students found 49% of teenagers surveyed got their news from Instagram.

Instagram is certainly viewed as a younger person’s platform, as opposed to Facebook, which is seen to be for older people. Those between 18 and 34 make up about 63 per cent of Instagram users worldwide.

Instagram users can receive news stories and updates by following another user and then seeing what they post by scrolling through their feed. Alternatively, users can search via a hashtag.

Those under about 35 have grown up with mobile and social media as the norm. So it follows they interact with news and current events in a radically different way from previous generations, or even news consumers a decade ago.

Read more: We live in an age of 'fake news'. But Australian children are not learning enough about media literacy

Recent research suggests young people think that rather than going to dedicated sources for their news - like a newspaper or TV bulletin - the news will come to them. So, important information “finds them” anyway, through their general media use, peers and social connections.

Another key difference with older news consumers is that younger people are “prosumers”. Not only do they read the news, they can actually produce it and join in what’s trending. Sometimes, this may be by simply sharing a post with extra commentary and opinion. At other times, users might take an image or video and edit it in order to make and share a meme that relates to the content.

Order in a chaotic world

Amid global chaos and uncertainty, Instagram offers up the world as a stable, structured, and highly stylised.

Instagram is less chaotic than other social media platforms because of the actual interface design. That is, the focus is almost purely on aesthetics - on the beauty and impact of the image using filters and tools. This type of media consumption soothes instead of provoking anxiety. In some senses, it simplifies and streamlines the chaos of the world.

Instagram’s ability to simplify and “organise” the world resonates with another finding of the Reuters report - Instagram has become even more important with younger groups for accessing news about COVID-19.

The power of influencers

Instagram is home to “influencers” - high-profile users who are considered to be style and opinion leaders. While they can influence the products we buy, or the places we travel to, they can also influence the information we consume.

This becomes even more important in times of crisis. It is comforting to seek out narratives or perspectives from people we know and trust.

What does this mean for news consumption?

The implications of the move towards “Insta-news” are complex. One concern is the way people can curate their own reality, because they can shape their feed so they only see what they want. They can unfollow or block what they do not like.

In some senses, this can sense of control is positive. However, this also means people are essentially constructing what they want the world to look like. This leads to “filter bubbles”, where people become “cut off” from other, perhaps more challenging, ideas.

Western culture is essentially “ocularcentric”. In other words, we are obsessed with images. And we are more likely to believe things we can see. As a result, news consumers may be less inclined to challenge or critique what they see on Instagram. Even though they need to be doing this online more than ever.

Good-looking news in a hostile world

For young people seeking solace from the hostility and pressure of news events, Instagram provides a space filled with good-looking visual stimulation, often from people they like and trust.

And as the Reuters report noted - Instagram may not be everything. Social media are generally used “in combination” with other types of news information.

But as increasing numbers of people turn to Instagram for their news, the question remains: is this the news they need, or simply the news they want to see?

Read more: Pastel colours and serif fonts: is Annastacia Palaszczuk trying to be an Instagram influencer?