Firearm Fact: There Is No Going Back Once You Try The .44 Magnum 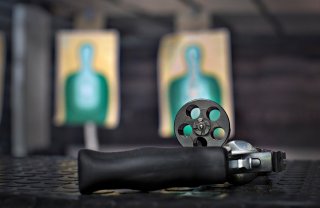 Here's What You Need To Remember: As an anti-personnel round, however, the .44 Magnum is not suitable for everyone and takes some getting used to. The .44 Magnum is an intimidating—some would say very unpleasant—round to shoot. It generates a punishing amount of recoil and is not enjoyable for most people shooting at the pistol range.