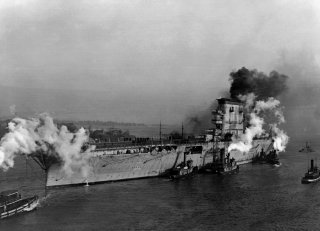 Here's What You Need To Remember: The Lexington’s air wing was not its best at the beginning of the World War, including outdated types such as the clumsy F2A Buffalo fighter, nicknamed the “Flying Coffin” by Marine pilots, and the ill-fated three-seat TBD Devastator torpedo bomber, which was easy pickings for fighters and antiaircraft guns alike due to its slow maximum speed (206 miles per hour), poor armor and general ungainliness.