The First Persian Gulf War was a True Battle for Freedom 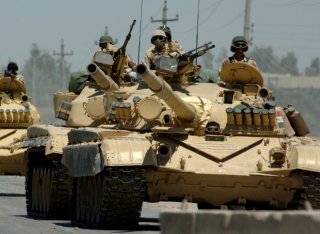 Here's What You Need To Remember: The successful application of these kinds of tactics in the Gulf War, which first established air superiority before using precision-guided air dropped bombs to attack targets, provided the strategic foundation for the Operation Iraqi Freedom “shock and awe” campaign in Iraq in 2003.